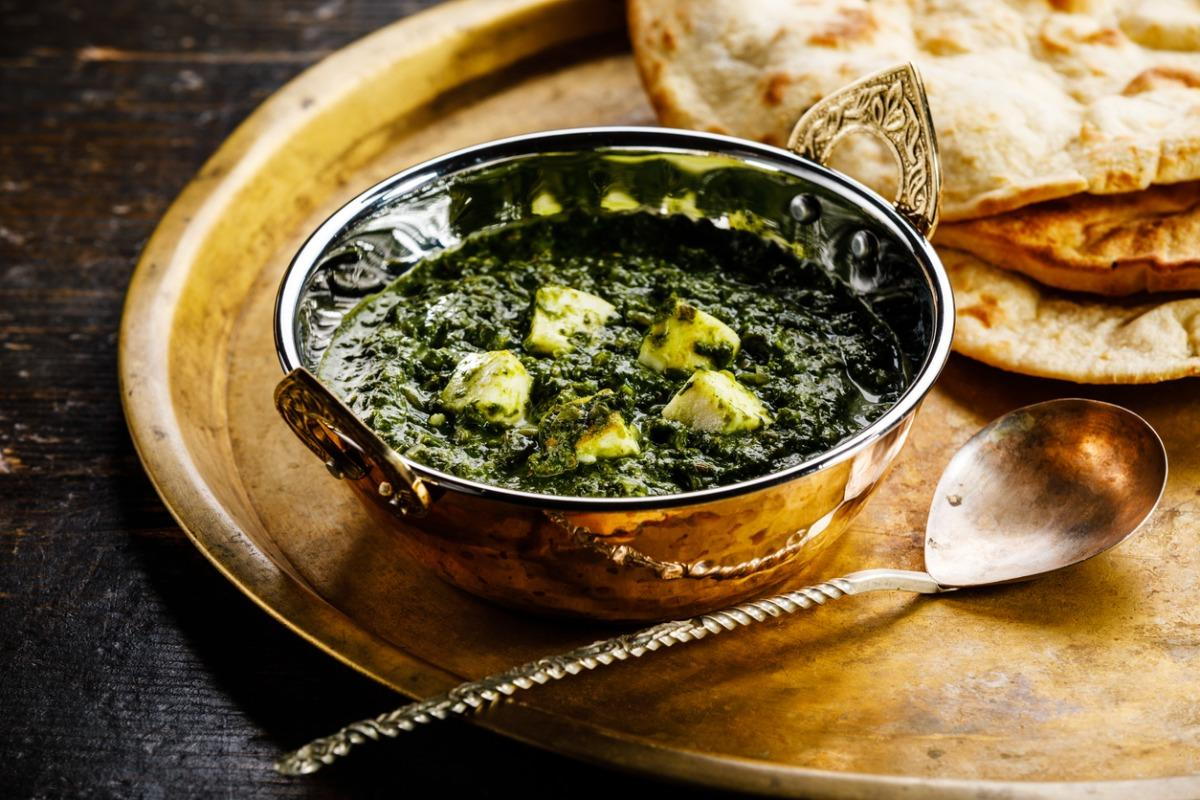 Some time ago, we sat down with some friends for a potluck meal together.  As we ate, we started talking about the kinds of foods we liked, and the topic, of all things, turned to spinach.  It turned out that everyone either really loved it or had a strong aversion to it.  I mentioned that my favorite spinach dish was from my favorite Indian restaurant, and something called Palak Paneer, a creamed spinach with chunks of a mild cheese in it and the wonderful Indian spices I thought made it so flavorful.  The immediate response of everyone at that table, except my husband was, "Indian food...way too spicy!" and "I only like traditional American foods!"  I responded by saying, "We like American foods, too, but a diet of just that would be bland and boring to us.  We love trying different kinds of foods.  It feels like an adventure."

After we went home that night, I started contemplating, "Aside from trying different international foods, what is the picture I have in my mind about what it means to go on an adventure?  And what would living an adventuresome life look and sound like?"

To some people, trying foods from around the world is an adventure, but to others, traveling to different parts of the world to try those foods would be the adventure.  For some, being adventuresome is about doing daring things, like, Scuba diving around the Great Barrier Reef, skydiving from 13,000 feet up, climbing to the top of the highest mountain, going to Africa to observe the annual animal migration between the Serengeti and Tanzania, or even taking a helicopter ride over the Grand Canyon.  For others, being adventuresome is just doing simple, fun things, such as taking a walk in the woods in the spring, sailing on the lake in the summer, going apple picking in the fall, cozying up by the fire with a good book during a snow storm, or just taking a class for the fun of learning something new.

Being adventuresome, though, does not always mean doing something daring, exciting, or even fun.  For example, maybe it means deciding to make a lifetime love commitment to one person, especially if there was a painful divorce or a lot of conflict between your parents, and you are afraid of repeating their mistakes  Or maybe it means choosing to have a child, particularly if you did not have good role models for parents, and you are fearful of passing down to the next generation the wounds from your past.  It might mean disrupting your whole life by going back to school or changing careers at mid-life to pursue something you are passionate about. Following something you have only dreamed of doing can be quite adventuresome if the messages you have received in the past were about sticking with what is safe, dependable, and follows a particular pattern expected by others.  Or maybe it would be about finally having the courage to leave a relationship that has done nothing but undermine or demean you. These kinds of adventures do not always feel exciting. Sometimes they feel tentative or maybe even downright scary, to the point that you may even wonder how you will get through it.  But it truly is an adventure whenever you challenge yourself to go beyond what has been your ordinary, everyday, comfortable, expectable, more-of-the same, status quo life.

I'd like to tell you a story of someone who went on an amazing adventure that started two years ago and is still continuing. Andrea had been overweight her entire life, but when she was 39 years old, she became determined to get "Fit by 40." She had dieted many times with much struggle, and had lost some weight, but she has Polycystic Ovarian Syndrome, a condition that makes losing weight extremely difficult.  Because the weight came off so slowly, she usually would give up after a while, go back to old habits of eating and not exercising, and regain the weight she'd lost.  She was determined this time to stay with it, no matter how long it took to lose the nearly 100+ pounds of excess weight.  She hired a personal trainer who had expertise in working with POS, and she started a healthy diet that was right for her body type, which has now become a lifestyle.  She began exercising at least 90+ minutes a day, and bought a fancy treadmill that allowed her to walk or run all over the world via programmed videos of various beautiful routes.  She and her husband set up a gym in their garage, which she used daily.  What made this even more adventuresome and pushed her way beyond her comfort zone, though, is that she did two other things.  First, she took a picture of herself every day after exercising and posted it on Facebook so she could record her progress and so all her friends could see it, which helped her stay accountable. Second, 6 months into her adventure, she joined a Brazilian Jiu-Jitsu gym.  Both were very uncomfortable and made her feel vulnerable at first, but she was determined.  Over the course of her first two years on this adventure, she went from only being able to walk to being able to run, from needing to stop running every 15 seconds to catch a breath to being able to run without stopping for 30 minutes.  She lost 80 pounds and plans to continue losing till she gets to goal weight. By the time she competed in her first Jiu-Jitsu tournament, she had started thinking of herself as becoming an athlete. This adventure was difficult, and she had to confront every negative thing she believed about herself in order to put those pictures out there on Facebook.  What happened in all of that, though, is that she grew in her acceptance and love for herself, as well as she learned to accept no excuses for those days when she didn't feel like getting up early to work out, or thought she was too tired to go to one of her Jiu-Jitsu classes in the evening.  And as she transformed in front of everyone's eyes on Facebook, she wound up becoming a great inspiration and a source of encouragement to a lot of people. One of the things she does in her Life Coaching practice is to help others on their adventure of following through on their passions, dreams and goals, especially if their journey is about getting healthier. Andrea is a great example of someone living an adventuresome life...facing deep fears, grappling with something incredibly hard, dismantling the lies she had believed that had previously held her back, learning how to muster every bit of grit and determination she could find within herself, and learning how to respond to herself with love and encouragement instead of self-criticism.  "Fit by 40" has come to be way more than an amazing weight loss adventure. She has chosen to live an adventuresome life!

So what would be an adventure for you?

Is there something you would love to try, but for whatever reason, you haven't?

If you had all the money, time, and energy you needed, what would you be doing with your life?

What gets in the way of you doing that?

Who would be upset if you were to start moving towards being more adventuresome?

What negative beliefs about yourself would you need to confront?

If you were never to go on that adventure, what would you regret most?

What is one step you could take towards bringing more adventure into your life?

What would it mean to you to live an adventuresome life?

Yes, it really is possible to begin to design a life that is adventuresome and fulfilling, one that is worth celebrating.  It might not be easy or quick but it is possible, and it's not too late!